Welcome everyone to my Winter Wonderland! Curl up on the couch and sip your cocoa while I share my exciting news.

First, let’s give #Hopswithheart a big hug for giving us a chance to spend some time together this holiday season!

Click HERE for the Grand Prize Giveaway: A $75 GIFT CARD

I’m also hosting a special giveaway for a print copy of my first book, An Irresistible Shadow.

I’ve been working on a fun little project, a series of three novellas whose stories intertwine. When I started writing the first story, I chose to go with the theme of winter. The more I wrote, the more pleasantly surprised I became by the characters and the story. Oh how I’ve enjoyed writing the journey of these characters.

I’ve decided to share the cover of my novella as well as an excerpt. Something enticing and fun to keep you entertained. 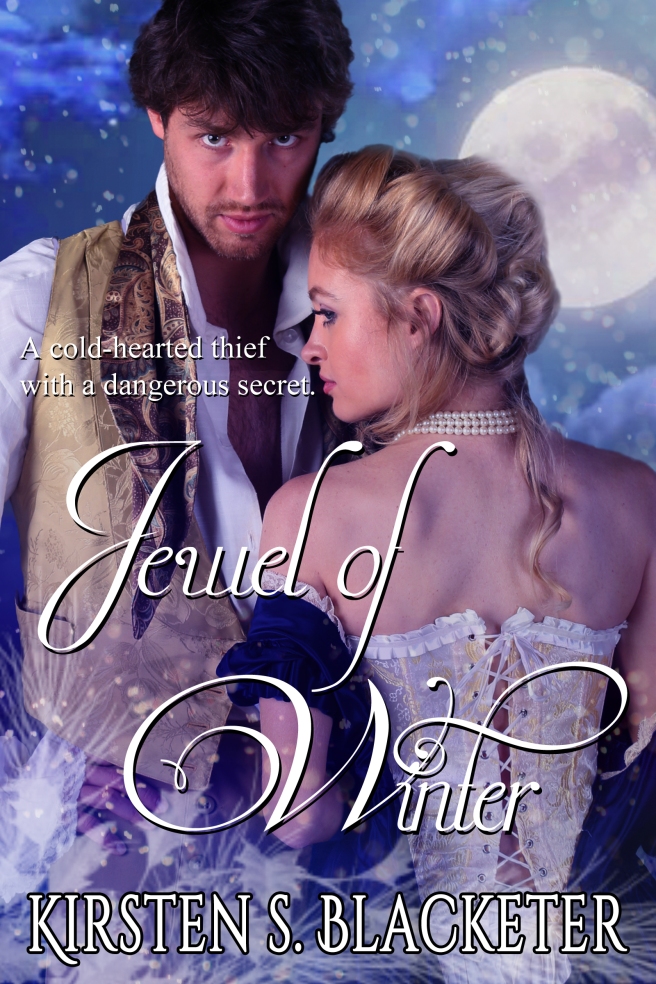 A simple country girl at the mercy of a cold-hearted thief with more secrets than scruples.

As a widow, Jessamine gained the freedom she’d always desired. Her late husband left her his sole possession, an inn on the north road to Scotland. When a trio of gentlemen appear at the doorstep of her isolated inn during a snowstorm, Jess can’t help the curiosity coursing through her veins. Eavesdropping on their conversation only entangles her in their web of deception.

To the petite innkeeper, Edmund is a wealthy thief. Allowing her to think what she will, he decides to use her to his advantage. That is until she hides the stolen jewels and refuses to reveal their location. Never cowed by a challenge, Edmund issues an ultimatum: return the jewels or repay the debt with her body.

“I would rather chew my own arm off than lie with one of those men.” Jess waved her hand at her sister’s ridiculous statement. She crept closer to the room when the sound of raised voices reached her ears.

“Well, I don’t give a damn how it gets there, once the Duke’s men discover the theft, it’s only a matter of time before…”

“Don’t get ahead of yourself, Monty. No one knows our involvement in any of this, besides the job is nearly done.”

Jess pressed her ear against the door and strained to hear the conversation.

“Why did you pick this god-forsaken place for the rendezvous anyway? You normally have such class.”

An unladylike snort escaped her before she could stop it. The door swung open and Jess stumbled through the doorway. She caught herself before she tumbled to the ground and staggered to right herself. “My apologies, my lords. I came to see if there was anything else I could do for you this evening.”

The silent one glared down at her as he closed the door.

“Well, well,” the leader said as he stood and approached her. He clasped his hands behind his back.

Jess swallowed and backed up against the wall. “I’m dreadfully sorry. I didn’t mean to intrude. I…”

“How much did you overhear?” he asked, his gaze sharp.

She studied his eyes; the blue-grey reflected the fire, betraying no emotion. Her throat constricted. Are they going to kill me? She pressed her hand to her neck. “Nothing,” she whispered as he leaned closer.

The scent of whisky and tobacco clung to him. His breath brushed against her neck as she turned her head to the side, avoiding his scrutiny. “Liar.”

Her heart raced as he leaned back and chuckled. Jess felt the heat rising to her cheeks. The urge to lash out struck her, but she refrained. “I promise to forget what I heard, to leave you in peace. Please…let me go.”

“What do you think, shall we let her go now that she knows our little secret?” A cruel smile played on the corners of his lips. The first true emotion he displayed, and it terrified her.

“What a pain in the arse,” the scruffy one said as he lit another cigarette. “I shouldn’t have gotten involved this time.” He exhaled a plume of white smoke.

The silent one shrugged. Then he surprised her by opening his mouth. “You’re in charge of this circus. You take care of her.”

Without shifting his attention from her, he held out his hand behind him. “Give me those irons, Monty.”

The scruffy man reached into his coat pocket and pulled out a pair of irons, the kind Scotland Yard issued. She stared in disbelief as he dropped them into the leader’s hand.

The man tucked the key back into his pocket and exhaled another puff of smoke. “Women ain’t nothing but trouble.”

“Show us to our rooms.” The leader gripped her wrist, and she winced from the pressure of his fingers against her skin.

She jerked her hand trying to free herself from his grip. “Let me go. I’m not going to run.”

His grip tightened, and she whimpered involuntarily.

“Not so tight!” she hissed at him. The pressure on her wrist lightened a bit, but he refused to release her.

“Let’s go.” He tugged on her arm as they walked together toward the second floor where their rooms waited.

He opened the door and shoved her inside. Jess stumbled and collapsed onto the bed from the sudden movement. Flustered, she righted herself just as he closed the door and slid the bolt home. He turned to face her.

I hope you enjoyed the glimpse of my upcoming novella. My intention is to have it releasing in the next few months. The second and third novella following close behind the first. Please feel free to leave comments and/or questions. I love hearing from readers!

Have a very Merry Christmas and a Happy New Year! 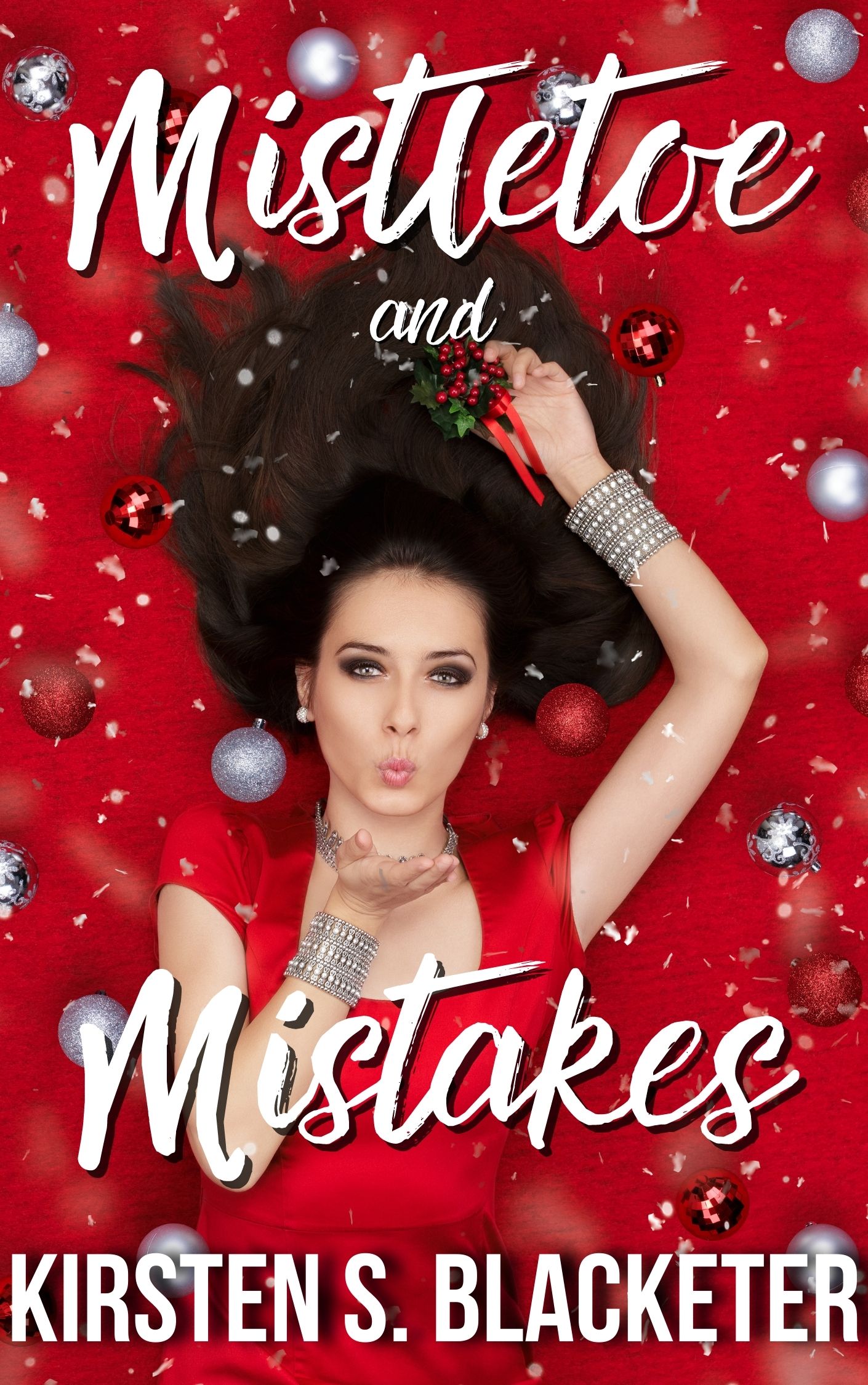 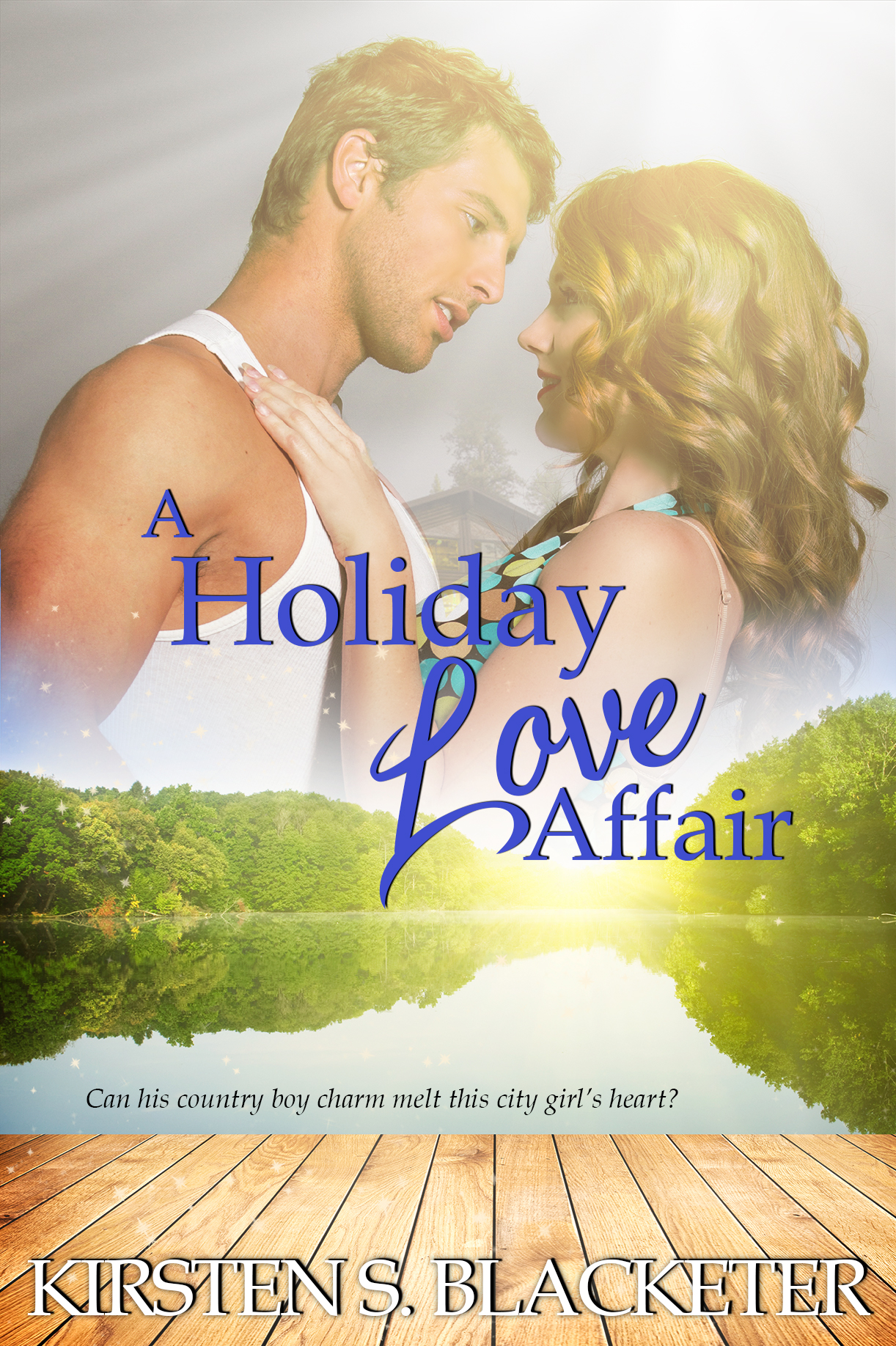 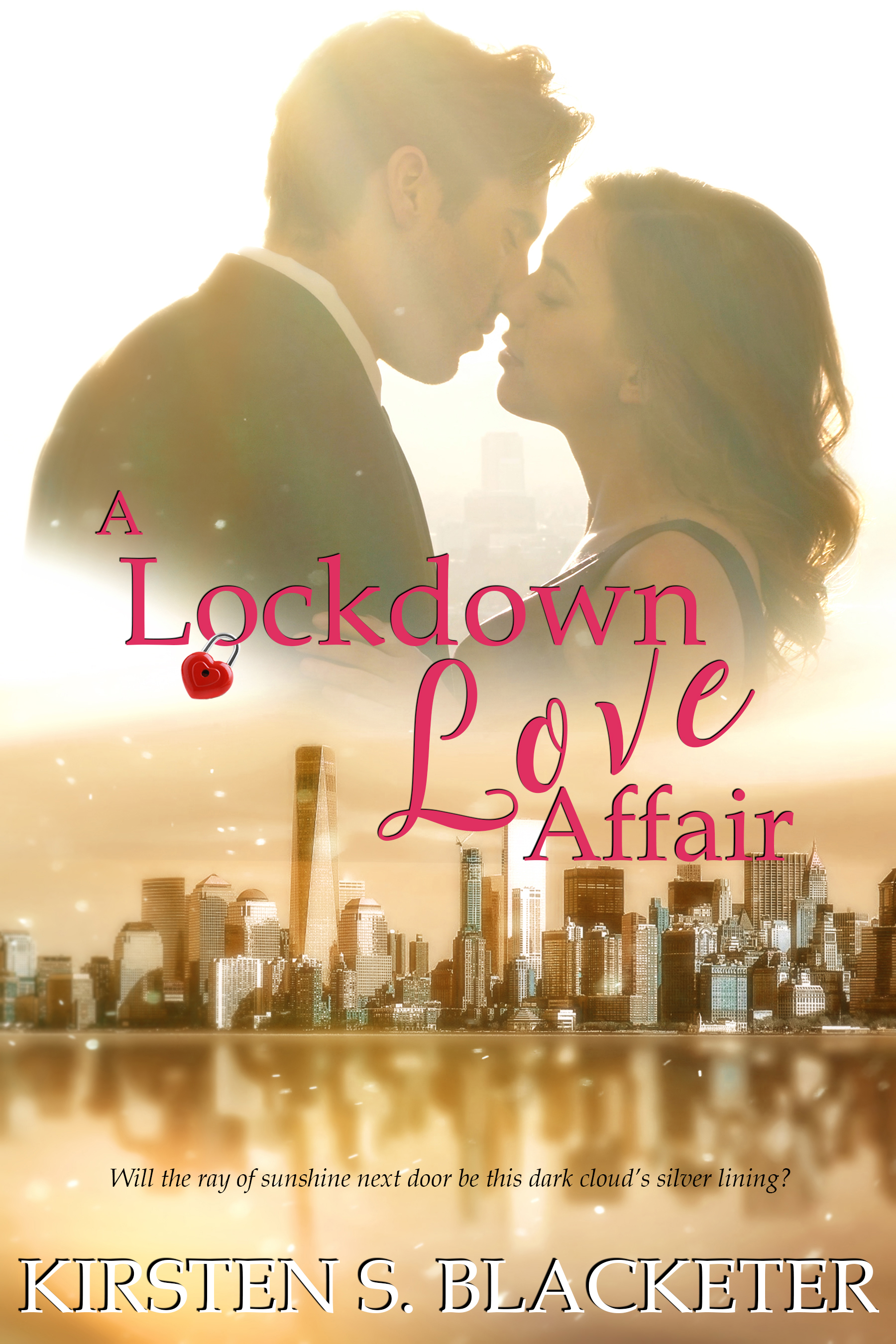 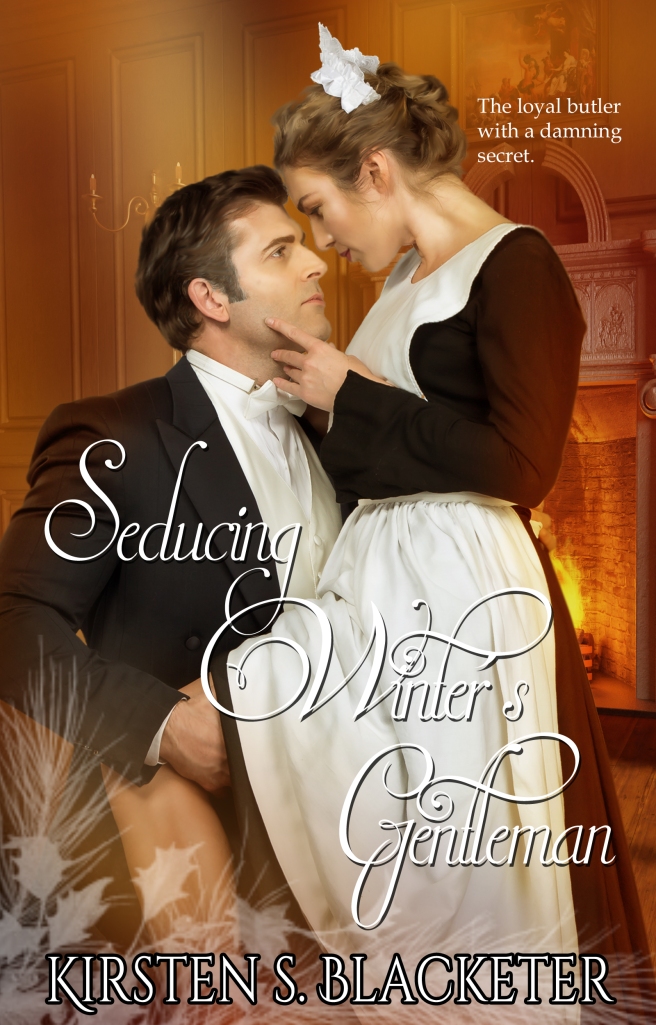 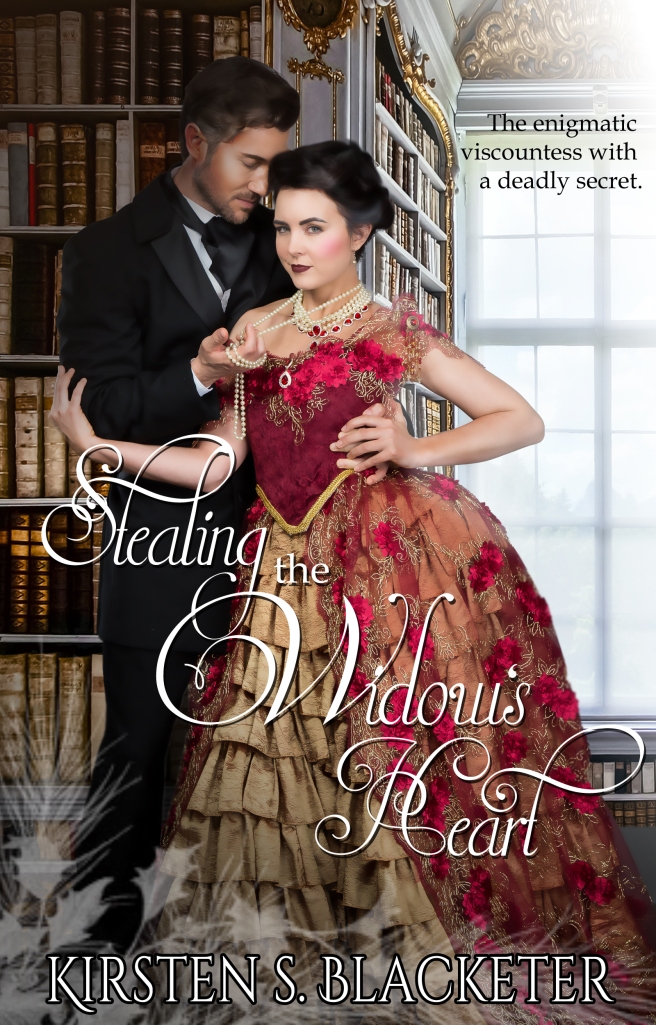 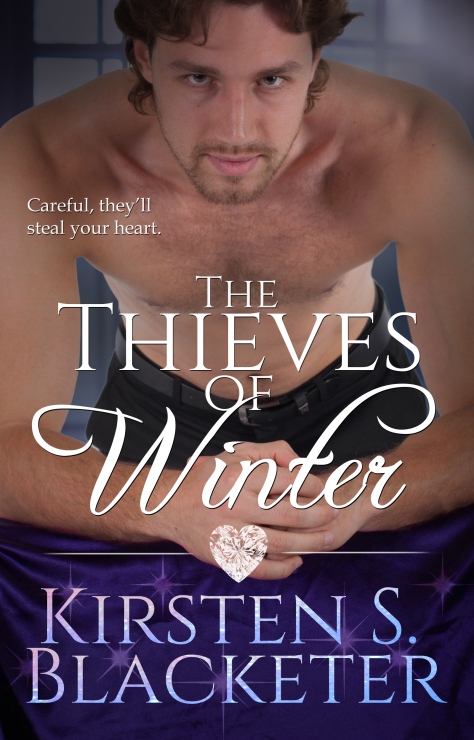 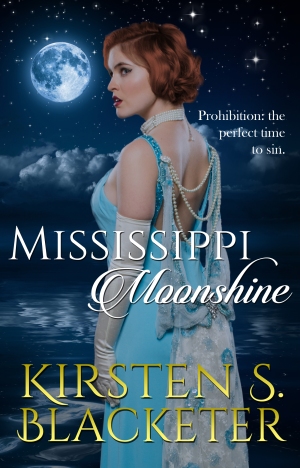 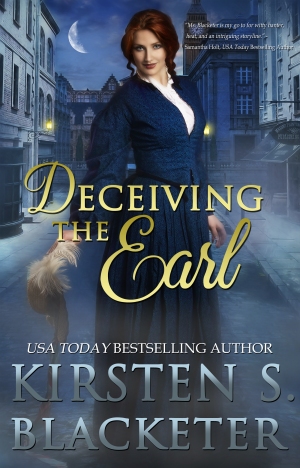